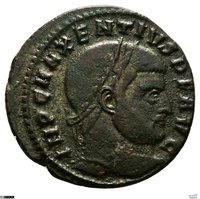 "Maxentius (Latin: Marcus Aurelius Valerius Maxentius Augustus; c. 276 – 28 October 312) was Roman Emperor from 306 to 312. He was the son of former Emperor Maximian and the son-in-law of Emperor Galerius. The latter part of his reign was preoccupied with civil war, allying with Maximinus II against Licinius and Constantine. The latter defeated him at the Battle of the Milvian Bridge in 312, where Maxentius, with his army in flight, purportedly perished by drowning in the Tiber river." - (en.wikipedia.org 30.10.2019) 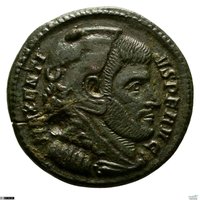 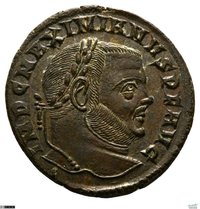 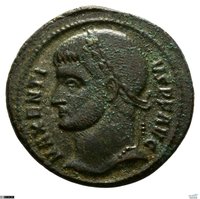 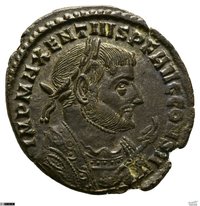