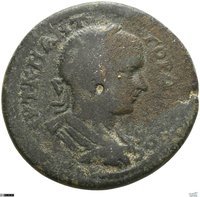 "Gordian III (Latin: Marcus Antonius Gordianus Pius Augustus; 20 January 225 AD – 11 February 244 AD) was Roman Emperor from 238 AD to 244 AD. At the age of 13, he became the youngest sole legal Roman emperor throughout the existence of the united Roman Empire. Gordian was the son of Antonia Gordiana and an unnamed Roman Senator who died before 238. Antonia Gordiana was the daughter of Emperor Gordian I and younger sister of Emperor Gordian II. Very little is known of his early life before his acclamation. Gordian had assumed the name of his maternal grandfather in 238 AD." - (en.wikipedia.org 30.10.2019) 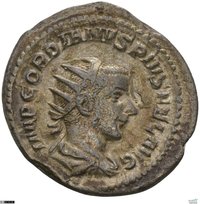 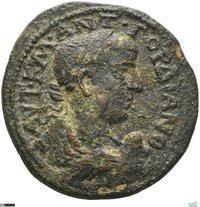 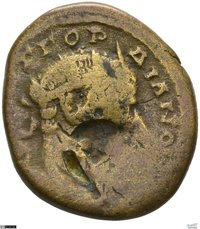 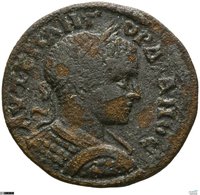 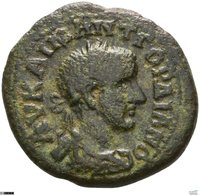