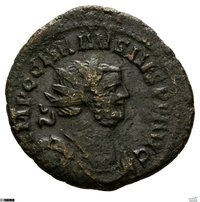 "Marcus Aurelius Mausaeus Valerius Carausius (died 293) was a military commander of the Roman Empire in the 3rd century. He was a Menapian from Belgic Gaul, who usurped power in 286, during the Carausian Revolt, declaring himself emperor in Britain and northern Gaul (Imperium Britanniarum). He did this only 13 years after the Gallic Empire of the Batavian Postumus was ended in 273. He held power for seven years, fashioning the name "Emperor of the North" for himself, before being assassinated by his finance minister Allectus." - (en.wikipedia.org 31.01.2020) 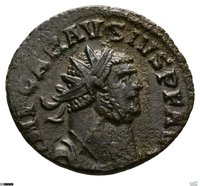