"The Biedermeier period refers to an era in Central Europe between 1815 and 1848, during which the middle class grew in number, and arts appealed to common sensibilities. It began with the time of the Congress of Vienna at the end of the Napoleonic Wars and ended with the onset of the European Revolutions of 1848. Although the term itself is a historical reference, it is used mostly to denote the artistic styles that flourished in the fields of literature, music, the visual arts and interior design. It has influenced later styles, especially those with origins in Vienna." - (en.wikipedia.org 10.02.2020) 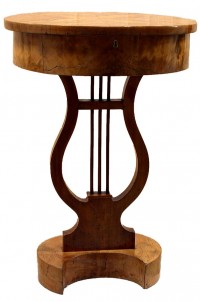 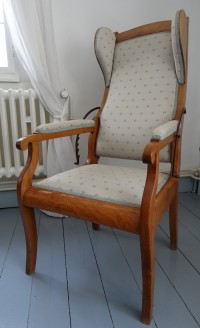